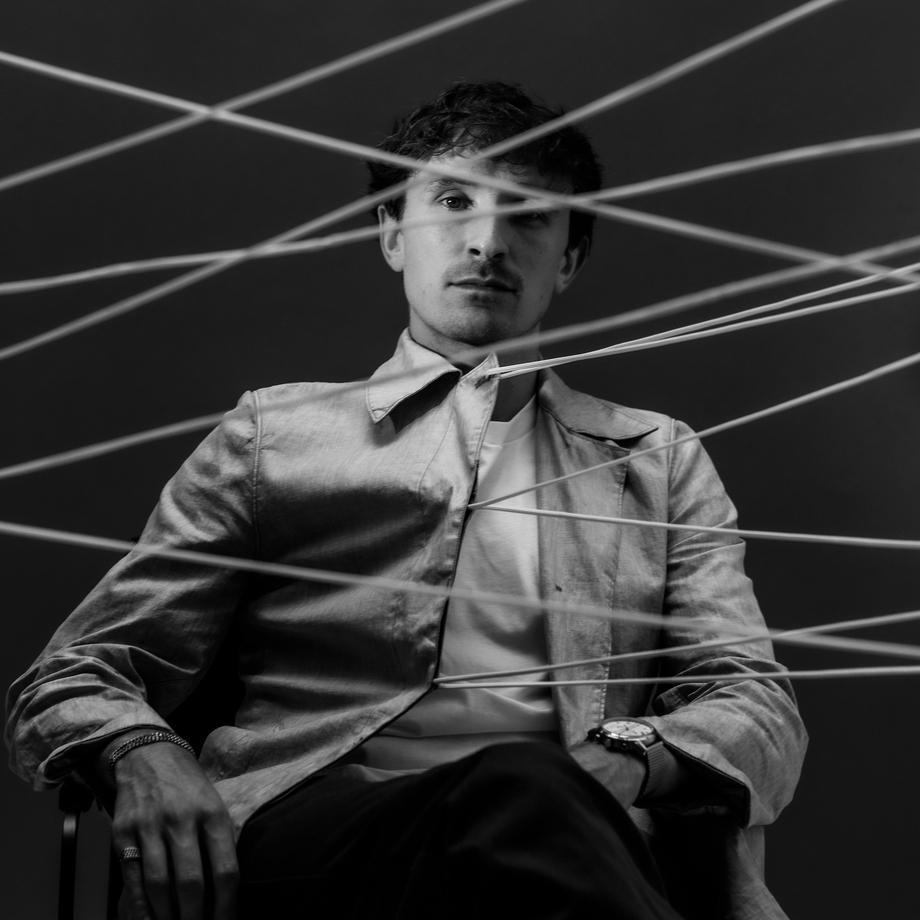 Ross From Friends, AKA British producer Felix Clary Weatherall, is set to release his keenly anticipated second album ‘Tread’ on 22nd October via Flying Lotus’ Brainfeeder imprint. An artist who demonstrates an ever-increasing mastery of his craft, ‘Tread’ is a record that is at once sleek and melodic but also eminently danceable, nostalgic but brilliantly modern, with nods to sounds and styles that are not so much reflected but refracted and recontextualised through Clary Weatherall’s lens.

In 2018—following a handful of revered and sought-after singles and EPs throughout the mid-2010’s on labels such as Breaker Breaker, Lobster Theremin, Distant Hawaii, Magicwire and Molten Jets—Ross From Friends announced his signing to Flying Lotus’ legendary Brainfeeder label with the release of his ‘Aphelion’ EP. Accelerating a sonic shift that continues to this day, the release was characterised by an obsessive attention to detail that manages to marry an intricately layered production style with warm, heavily saturated sonics and emotive songwriting.
This was followed the same year by his debut album ‘Family Portrait’—the culmination of almost two years  of intense studio time, working 20 hour days, and often spending months perfecting just one aspect of a track. ‘Family Portrait’ was hailed as “a powerful debut” by Crack Magazine and was described by Mixmag as “a gliding and glittering tour de force” in their ‘Albums of the Year 2018’ roundup. NME praised Clary Weatherall’s unique sonic identity as “a mind-melting picture that takes in house, techno, jazz and ambient music, and ties it together to make something distinctly unique” and Rolling Stone declared him “a master of fun, gooey textures”. Similar praise came from the likes of Resident Advisor, The Wire, Pitchfork, AV Club, Loud & Quiet, DJ Mag, Clash, PopMatters, FADER and more.

2019’s ‘Epiphany’ EP, also on Brainfeeder, was dedicated to (and named after) Clary Weatherall’s sister: “One of the most important role models I have” he said at the time. Constructed with the dancefloor at the forefront of his mind, the three tracks assembled on “Epiphany” represented a sleeker and tougher sound than his acclaimed debut, but with his signature warmth and personality is ever present. Continuing his interest in the visual realm the EP artwork was created by legendary pro skateboarder artist Chad Muska, and the titular lead single came with an animated video directed by Theo Nunn (Lisbon Studio), guiding the viewer through a psychedelic sci-fi dystopia.
More recently, Clary Weatherall launched his own label Scarlet Tiger as an outlet for releasing his own productions alongside “friends and folk I’ve met online over the years”, marking the inaugural release with his own ‘Burner’ single in January 2021, followed by an EP from RFF band mate Cameo Blush, and most recently by an EP from Giulia Tess in August.

Now, Ross From Friends has announced ‘Tread’, a showcase of his ever evolving talent, dailling up the intricate and emotive qualities of his production style that have previously led Mixmag to praise his “idiosyncratic dexterity that not only makes your heart ache, but dance right out of your chest”. Central to the creation of ‘Tread’ is “Thresho”, a piece of software designed and built by Felix himself —and available via Ableton’s Max For Live platform—that starts recording once the audio hits a user-defined threshold, then stops once it goes below that threshold, automatically saving and indexing the resulting clips alongside timestamps. This led to a revelation in how he approached the production and writing on ‘Tread’, and meant he spent the first six months just experimenting with his hardware, not actually committing to any music, but with “Thresho” quietly recording everything he was doing, each session leaving its mark on an ever expanding library of his own samples. When he later came to composing the album, he was then able to draw on specific moments, either recalling the exact date or time he had made a recording, or simply browsing the now vast audio library of his own making.

With ‘Thresho’ being so integral to the album Felix also made the decision to share this vast bank of recordings that were the foundations of ‘Tread’ and in doing so, offer up a peek behind the scenes at the creative process of one electronic music’s most individual and compelling voices. Coming soon, fans will be invited to explore this resource and share their interpretations, versions, iterations and interactions.

A cornerstone of Ross From Friends music has always been the blistering Ross From Friends 3-man live show—comprising Felix, Jed Hampson & John Dunk—that delivers a killer blend of live musicianship (guitar, keys and sax) and electronics and has graced stages at the likes of Coachella, Glastonbury, Primavera and Sonar to name a few. With multiple sold-out dates across previous tours throughout the UK, EU, Australia and North America, the trio are returning this summer to perform at Green Man, Lost Village and Field Day prior to a headline tour in the UK, Europe and North America in 2022. Ross From Friends ‘Tread’ is released on 22nd October on Brainfeeder.
Back to artists list