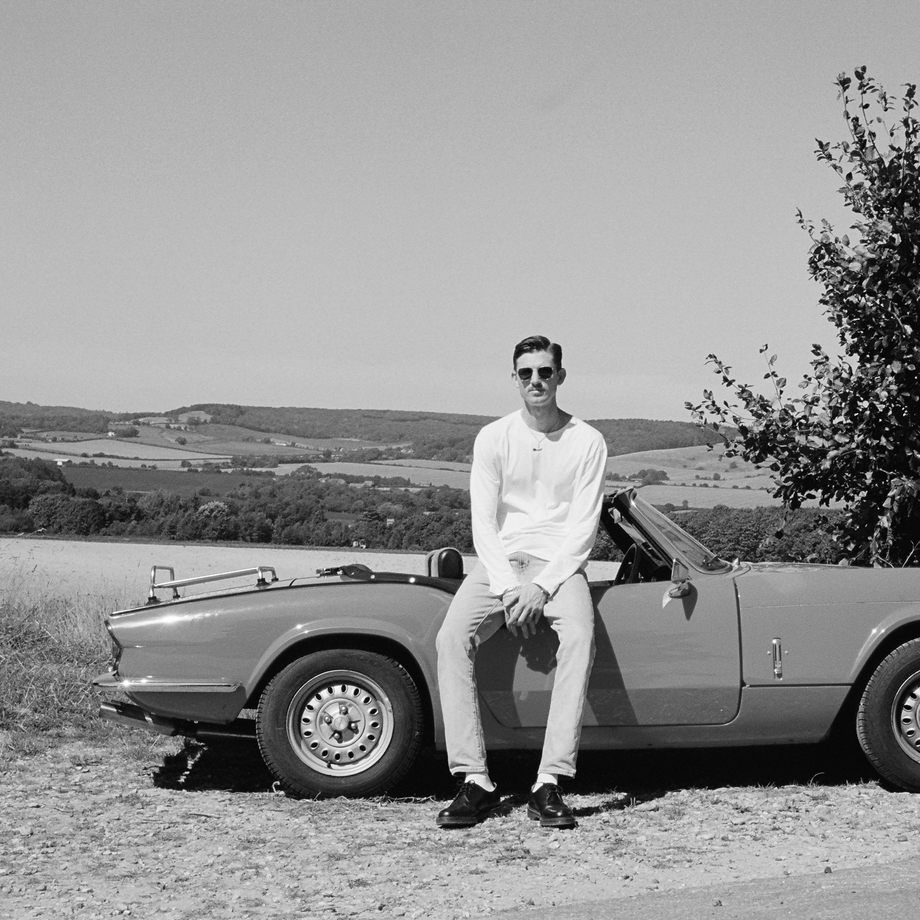 If you put it the wrong way, you can make something sound dry and academic, when actually it’s inspired by love. Archie Fairhurst, known as Romare, wears his love for all to see – in fact, he takes his very name from it. Having studied African American Visual Culture at University, he had his ‘Sex Pistols moment’ when he came across the work of Romare Bearden. The African American’s collaged, cut’n’paste artworks inspired the young musician to apply a similar technique to music – an approach that was hugely fruitful, and remains central to his work today. After stints as a drummer and guitarist throughout school and university, he moved to Paris where he picked up the turntables and began mixing his own music with samples from second hand records. Romare the musician was born and the template for his debut record.

Underground hothouse Black Acre signed him in 2012, adding him to a formidable roster that included Loops Haunt, Fantastic Mr Fox, Blue Daisy and Dark Sky. The imprint put out his first release 'Meditations on Afrocentrism' in March of that year. He began to play shows, making enough money to finance a move to London. Ensconced in the vast musical melting pot of the capital, he began work on his second EP ‘Love Songs: Part One.’ Romare’s songs were included on compilations by heavyweights such as Bonobo, Tiga and Gilles Peterson.

His debut album, “Projections”, was named after a pivotal exhibition of his namesake and likewise explores various elements of American life. The album was in many ways a homage – or a love song – to the cycle of cultural appropriation in America. “Work Song” is a tribute to the classic American and namesake work song, whilst “Rainbow” is a celebration of disco. ‘Projections’ expertly catalogues the movements of influence within music. The record was hugely critically-acclaimed. Voted Album of the Year by DJ magazine, it received rapturous reviews across the board and established Fairhurst as a producer to watch, Mixmag lauding ‘a meticulous touch that seems to run through everything he does’ and The Guardian talking about the ‘skill and affection’ of his work. He was supported at radio by everyone from Annie Mac and Gilles Peterson to Steve Lamacq and Huw Stephens, while renowned DJs as varied as Four Tet and Pete Tong supported on the dancefloor.

“Love Songs: Part Two” shows Romare expanding, deepening and developing his techniques. Although sampling from vinyl still plays a key role in his practice, Fairhurst has played much more of the music on this new record, from monophonic synthesisers to his grandmother’s recorder and his dad’s mandolin, with electric bass, plus a variety of guitars and keyboards taking central roles, too. His sample sources have changed a little, too, moving from the jazz and blues which distinguished “Projections” to disco and psychedelic. Indeed, the increased demand for his work as a DJ has caused him to develop his structures, allowing for more sustained builds in intensity, both within individual ‘songs’ and across the album as a whole.

“I’ve tried to cover different areas” Fairhurst explains, “from sexual urges to tender first encounters, from affairs to the questioning of one’s love.” Whatever Romare does, it’s held together by his own unique aesthetic, a sonic signature which stamps everything he does as his and his alone. An original reaching the heights of his game, it’s time to listen… and fall in love.