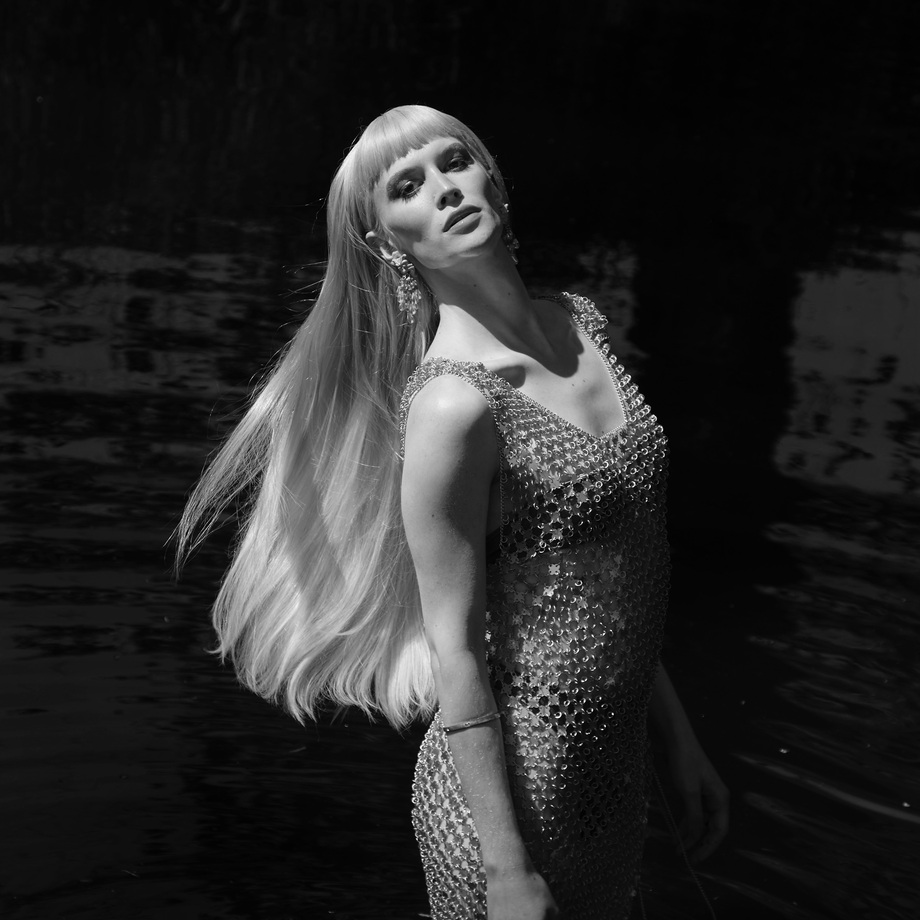 Devotional music, at its core, embodies the deep-seated human urge to express our innermost, primal emotions. For Lyra Pramuk, devotion is ingrained in her futurist folk music that harnesses the power and giddiness of technology to present the human voice as an object of limitless possibility. Growing up singing in choirs, Lyra struggled to conform to the images and expectations of her small Pennsylvania town, creating a deep and complex internet-fueled interior world in response presaging her view of digital worlds as extensions of our embodied consciousness, liberated from real-world notions of presentation and acceptable knowledge.

A diligent student at the Eastman School of Music, she learned that her skills lay in breaking with and reinterpreting the traditions of the academically-pure classical music that she was expected to uphold. Her interests lay more in pop and opera, counting Björk, Laurie Anderson, Meredith Monk, M.I.A, and Missy Elliot as inspirations - all artists who exemplify her mantra that “songcraft is a way of short-circuiting the structures we are sold as real differences in the world”.

Finding communal ecstasy in the temples of choir and rave, Lyra’s immersion in the Berlin techno scene inspired works - including collaborations with Holly Herndon and Colin Self among others - that imbued ritualistic dancefloor experiences with a sense of sonic intimacy. A deep embrace of a spirituality unconstrained by imposed orthodoxies drives her compositional and performance processes. Body and spirit enter trance states in live performances, both fully ensconced in the worlds she projects - worlds where every utterance can sparkle with flame and purpose, and sound is truly seen as an extension of our physical bodies and conscious desires.

Composed and arranged entirely from the sound of her own voice, Fountain, her debut on Bedroom Community, was hailed as “a potent religious text in praise of human vocality’s promise” (the Quietus). Fountain integrates the intimacies of the club, the emotional multitude of trans experiences, and the forbidding possibilities of social and physical technologies into “an excavation of her own body’s resonant possibilities” (Pitchfork), envisioning a post-human queer futurity. Her forthcoming compilation Delta showcases global interpretation of Fountain’s psyche, through reworking, recomposing, and reconstructing the source material, projecting them through the many lenses of her colleagues and collaborators.

At the core of all these works remains a deeply spiritual aspect - one that proves that spiritual joy cannot be separated from the greater spiritual mission. Acceptance is, and always will be, an ongoing process for Lyra, but her body will remain an instrument of positive change. To her, that is the essence of devotion - a continual process of liberation through sense and sound.