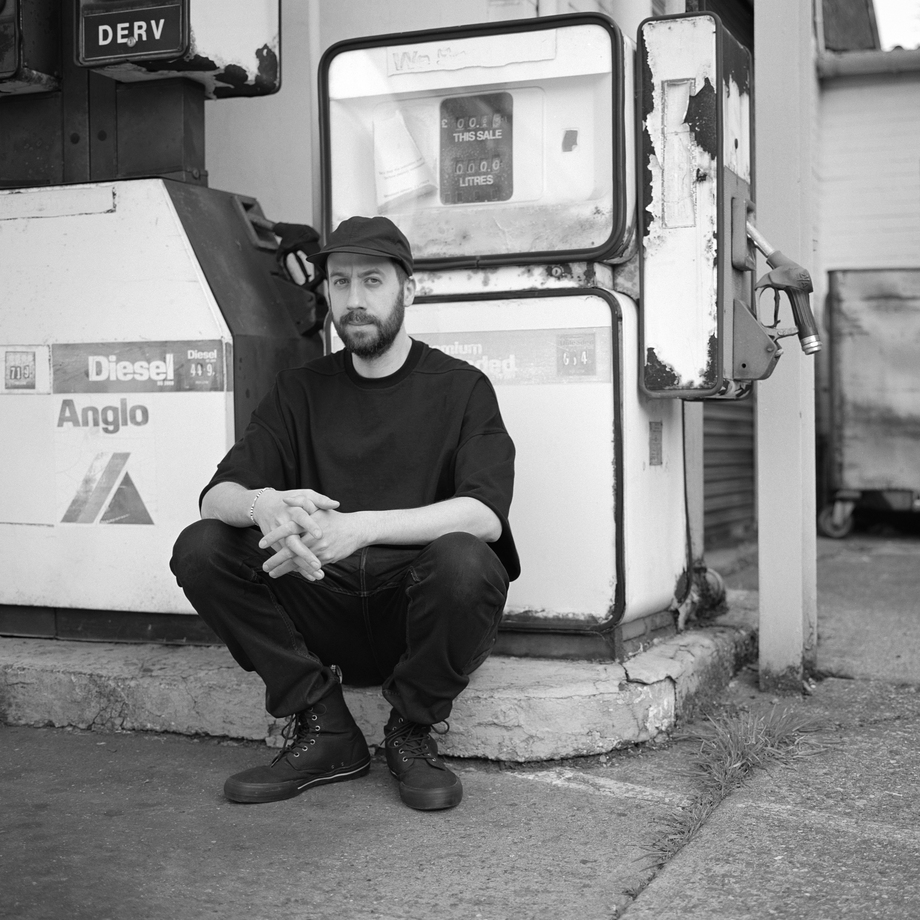 The story of Gold Panda’s journey from an acclaimed debut record to now, as he prepares to release his third full length album, is an entirely circular one. Hailing from Chelmsford Essex in the UK, in the six years since the release of his genre-defining debut album ‘Lucky Shiner’, the electronic artist most comfortable with the moniker Derwin Panda spent the subsequent years splitting the majority of his time between London, Berlin and countless excursions to Japan. As he created his third album ‘’Good Luck And Do Your Best’ he ultimately found himself back where he began, in the East of England.

Origin stories can be fundamentally boring by nature, packed with non-essential details and overly stressed homilies to roots and influences. But the core nature of an artist that has produced some of the most beloved and emotionally-infused electronic music of this decade is deeply rooted in the constant desire to return to where his musical world began.

Gold Panda’s first album ‘Lucky Shiner’ was written in a matter of weeks in the Essex countryside and titled after his impossibly-brilliantly named Grandmother, who is Indian by birth but a resident of Chelmsford since the late 1960s. Along the way she even ended up gracing the cover of a music magazine with Gold Panda in 2010.

His second album ‘Half Of Where You Live’ was written while living in Berlin for a couple of short years, but became to be a record that was about everywhere except that place he never identify as home. Gold Panda’s third, and, for the sake of adhering to both truth and biographical tradition, his best album so far, squared the circle. Inspired into being while visiting Japan, the music was once again composed and recorded back in Chelmsford. This time, he was living with his Grandmother, Lucky Shiner, having created a small studio area in their house. Derwin set about spending 18 months piecing together ‘Good Luck And Do Your Best’ from the hundred or so tracks that he would begin composing and then either discard, keep or repurpose.

As a musician that has enjoyed both the acclaim and also the cognitive confusion of touring the world and selling out shows in LA, New York, Tokyo, Shanghai, Paris, London and many places in between, The past few years have seen Gold Panda concluding that the core of his life and resulting comforts are rooted at home. Driven by destinct desire for normalcy and structure, it’s something that he feels he achieved while making this record. “I mean, probably most 35 year old people don’t live with their Grandmother”, he laughs, “but I could lead a somewhat normal daily routine. Which I really missed.”

Stepping back two years though, the inspiration for the record and its creation are two distinctly different things. “Good Luck And Do Your Best’ was initially planned to be something else entirely. Early in 2014 Derwin set out back to Japan for the first of a pair of trips – the latest of many visits to the place he holds most dear. This time a photographer, Laura Lewis, accompanied him as Derwin’s plan was to collect both audio – field recordings from his trip across the country – and visuals, with Laura tasked to capture what they saw and encountered together. The idea was to be able to put together something other than a traditional record; a sight and sound documentary of his time there, but the expedition ended up being the basis of a new record.

It began with an album title. “Halfway through the first trip we bought rail tickets and rode across the country and went to Hiroshima”. Derwin explains. “One afternoon we had taken a taxi, and as we got out, the Japanese taxi driver’s parting words to us as we left, in English, was ‘good luck and do your best’.

“It was [the driver] speaking in English. He didn’t know English that well, but there’s a Japanese phrase called ‘ganbatte kudasai’. And roughly translated, it basically means ‘do your best’, or it can also mean ‘good luck’.”

As a result of that chance interaction, Derwin says, he had the title for an album as well as a starting basis. “once you have a title, for me, things come together a lot easier for what it’s going to be.” Struck by the phrase, he ended up being led by the experience to make a record that was, to him “quite motivational, quite positive.”

Sonically, Derwin characterised the record by way of the visual inspiration he took from his Japanese trips. “I went over twice. Once in April, once in October, and they’re the best times to visit, because the weather is calm - it’s not too hot or too cold. In April the cherry blossoms are out so it looks beautiful, and there’s lots of festivals and places to go. October is great because the leaves are starting to change. It’s just a good-looking country.”

“The album was recorded at home in Chelmsford, but I had that visual inspiration or documentation from Japan. So it was a look back. If you go in those months, Japan has this light that we don’t get here. It’s hard to explain. You know how LA has this dusk feeling? - that orange light that makes the place glow, and the neon signs? Well, Japan has this… at certain times of the year, It has this filter on stuff. So when we went the first time, there was a lot of pink and green colours - pastel-y pinks and greens. Mainly the buildings and cars and the people, and I think Laura captured those colours really well.

Those sights and colours translated to a record that differs notably from his previous album, ‘Half Of Where You Live’. Whereas that record was occasionally taut, perhaps harder and more piecing, the 11 songs that comprise ‘Good Luck And Do Your Best’ have a distinctly warmer palate, one that echoes ‘Lucky Shiner’ a little more, albeit with a clearer range of sounds, and also, to Derwin’s mind, one where “the tracks aren’t popping out against each other. It’s a [complete] record.”

“I was initially worried about not having that connection between the tracks”, he confides. “I made the last two albums in a fairly short period of time - the first one was a couple of weeks, the second one was a couple of months. This was made over the period of a year or maybe more.” The longer recording period lead to his concern that “I wouldn’t be able to make tracks that went together, but actually it was better, because I could find the ones - maybe that one in every ten - that fit, because you would always return to a certain style.”

“You don’t control the music you make, he continues. “The tracks need to reveal themselves, or something needs to reveal itself to you, by making the track. So over the course of making 100 tracks, eventually the album you’re going to make is revealed through listening back to them and finding the ones that go together. You get a sound that reveals itself to you.“

Derwin pauses to consider the process, before adding, “personally I don’t think I can choose to make records how I want.”
But you’ve tried?
“I always try to”, he smiles wryly.

Having finished recording his album, Derwin took the songs to fellow musician and producer Luke Abbott, wherein Luke “made it sound good, he put it into his magic smelter”, Derwin laughs. Mixing it at Luke’s studio, which similar to Gold Panda’s place of work, resides in his parent’s house in Norwich, reinforced the nature of the record in Derwin’s mind. “It has a homely feel. The tracks were made at home and they were mixed at Luke’s studio, so throughout the process, there’s always been access to family and your local surroundings. And banana bread.”

An artist’s desire to change or reinvent themselves and their sounds, or to work beyond their original musical scope is a time-honoured tradition amongst musicians and no differently, is something that Derwin has considered and ultimately, had to make peace with.

“It’s a curse and blessing because, your music always sounds different to you in your head and you think it’s going to sound great. And then you have to face what you’ve made”, he grins. “But then you look at in another way - no-one else could make the music I’ve made, I don’t think. I’m not sure anyone else would make those tracks in the way that I’ve made them. In that way it’s good.

After seven years of trial and error, and having discovered that the best way he could make music was by doing so rooted in the place where he always felt most familiar with himself, does Gold Panda see his long term future where he is now? “I don’t think so”, he muses. With Chelmsford. I don’t love it, but I do feel really comfortable there. I don’t know if will ever be ‘gentrified’ it’s already too expensive to be gentrified. I don’t think it can be rescued. It’s fucking dull. You’d think somewhere so close to London would be more affected by that, but I don’t know how it’s avoided it. It’s in it’s own cultural bubble.”

“I don’t think I’ll be there when I’m sixty, but then I’m assuming I wouldn’t want to live in London anymore either… but maybe not. Perhaps I could live in Soho. I could live out my last years in vice. Full of sin and drinking”, he laughs, shaking his head.