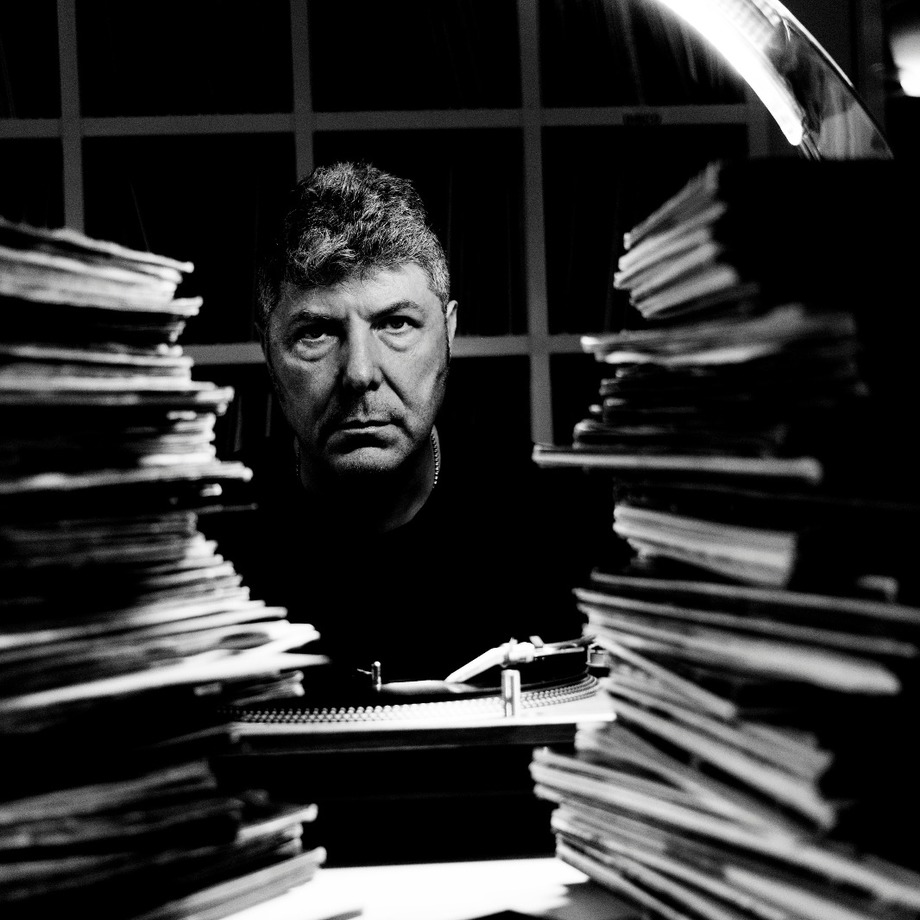 A dj, an artist, a global communicator. A man with a vision. And with loads of true, true love for music. In times when a couple of astutely fashionable releases might be enough to have a major (but momentary...) breakthrough within the dance music scene, we badly need folks like Claudio Coccoluto. Since the early 80’s, starting with an apprenticeship spinning records on small locale pirate radio stations down there in Central Italy up to gaining a worldwide recognition from the 90’s on, Claudio stayed consistent and defnitely true to the game. Even when he was bearing a superstar status (that’s easy, if you’re constantly the most famous and on-demand dj in your own country, or if you managed to release a track – “Belo Horizonti”, produced by Basement Jaxx – that sold more than a million copies around the globe), he never lost the focus. And the focus was – music.

Yes, he did it all, sure he did: tv shows, magazine covers, countless radio shows (for BBC and Kiss FM as well), dj residencies, two gigs on the same nights, three gigs on the same night, promoters fghting over him to secure his duties for their clubs, etcetera. You may check this and that, if you surf through the web. We can leave it to you, if you’re into dj’s showing of. But please, do not to miss the point. Claudio Coccoluto is, in a certain way, a Renessaince man. This is it. In a very humble, friendly and down-to-earth way, but that’s what he is. You see, he’s one of those (not so frequent?) dj’s and producers with whom you may exchange ideas and deep thoughts about contemporary art, literature, architecture, politics, sociology. That is why he’s turned through the years into a much sought-after columnist (more than 3,000 texts published in various editorial outlets, not to mention an endless series of never-banal interviews), or a main point of reference in his own country when the task is to depict what club culture really is, explaining the topic with proper, articulated words and thoughts.

That’s refected in the way he approaches music. And dance culture itself. This what enriches his natural, blazing skills as a dj. House music may be the starting point and the guiding star, as the four-to-the-foor path intersected with a soulful attitude has always been a natural haven for Claudio, but he always tried to refine his dj sets and his very own musical vision with an openminded attitude. Plus, he always wanted to avoid selling-out still being able though to communicate with people – and we mean, all the people. He warm-heartedly wants to share his love for music and knowledge about sounds, artists, stories. All the time. And this is something that’s much stronger than snobistic trends and favour-of-month afairs. That is why, after a career that spans through almost four decades and the brought him literally around the globe, Claudio is still one of the most respected dj’s in his own country plus a main reference worldwide if you have to point out Italy’s contribution to clubbing history since the very beginning of the whole story. This is why you can still catch him playing in avant-garde settings or small, incendiary, cutting-edge clubs, just as he’s still one of the “usual suspects” for the greatest gala events that try to bridge the gap between dance culture and the mainstream (sure, when the right “partners in crime” are involved: like for instance Diesel founder Renzo Rosso, Italian altdance-pop supergroup Subsonica...). This is why his very own record label, The Dub, established way back in 1997, is a true labour of love for house music and high quality electronica, with no rush in gaining hype, exposure, sales or whatever. This is why he’s the co-founder and co-owner of one of the most respected clubs in Italy and Europe, Goa Club, in Rome. And this is why he still feels thrilled every time a new sound, artist, label, attitude comes into play, as no formulaic retro-mania will ever be part of his approach.

This is Claudio Coccoluto, actually. A man with a vision. Since the early 80’s. He did it all, but he never betrayed that vision. He never betrayed music. And he’s still at the forefront of this gamechanging phenomenon born decades ago already, called club culture: still falling in love with it every single day after almost forty years. Same quest for beauty, style, joy, deepness as in day one, where he was a young kid in Central Italy and being a dj was defnitely not something that was worth the efort, be it for money, fame or whatever. Or when in the 90’s, with the Neapolitan Angels Of Love collective, he was establishing one of the most legendary house music trademarks ever.
Back to artists list