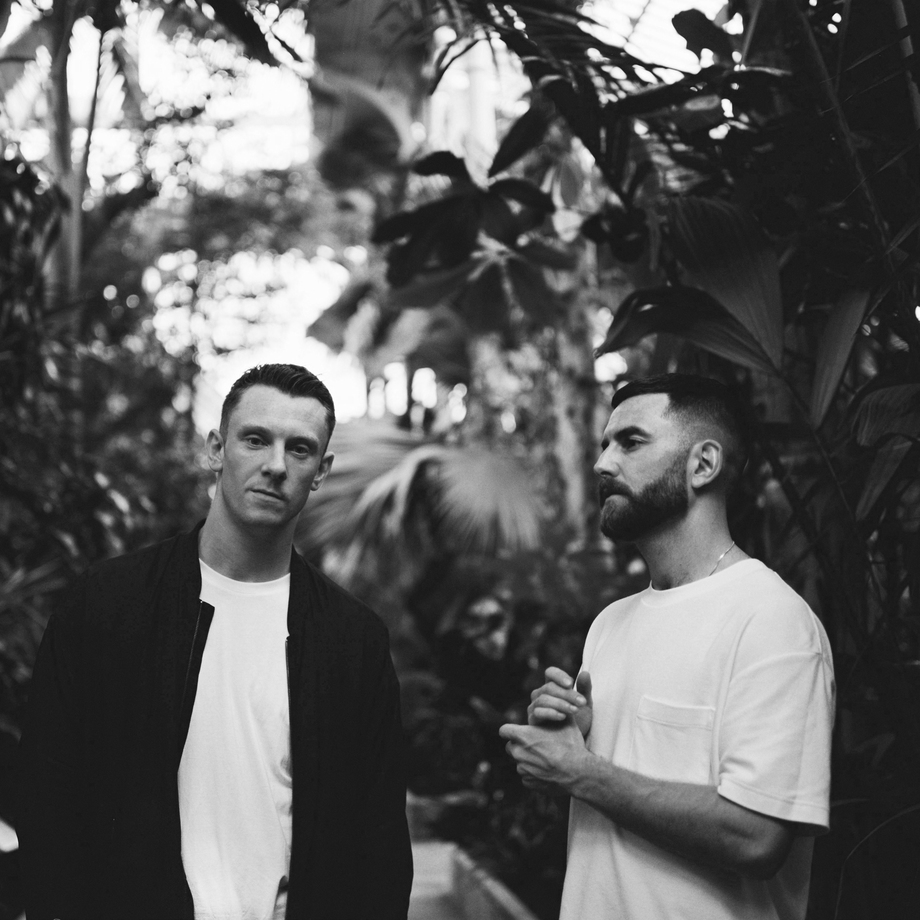 Bicep - the Belfast-born, London-based duo of Matt McBriar and Andy Ferguson - are pleased to announce their self-titled debut album, a record that truly encapsulates their history and the distillation of their passion for music and club culture since their frst release in 2010, via Ninja Tune.

With the announcement, they share lead single (and album closer) ‘Aura’; a complex and propulsive club track that channels their love for all things synth related. Until now, Aura has simply been tagged as ‘Unreleased Bicep’ on countless bootleg recordings from recent gigs with thousands of streams, uploaded by fans trying desperately to ID and get their hands on the track. “It was a happy experiment... you might call it an accident,” they explain. “We’d been playing with this specifc and very complicated gear-chain for a while but nothing worked, or didn’t feel musical enough... then it all just fell into place and ‘Aura’ appeared.”

Bicep are frst and foremost music lovers with a deep-rooted knowledge and passion for music of all varieties. Having been introduced to electronic music through the likes of Aphex Twin and Laurent Garnier, they started digging deeper into IDM, italo, techno, electro, jungle & everything in between.

Over the span of their 10-year career, they have celebrated the music that inspires them via their Feelmybicep blog, initially an outlet for, and now a contributing factor to, their intense record collecting habit. Founded in 2008, its runaway success (it now sees over 100,000 visitors a month) spawned a record label of the same name, a club night, and took the duo out of the UK and embedded them on the international stage via highly sought after DJ sets that refected the eclecticism celebrated on their blog - an impeccably curated blend of upfront tracks and exclusive edits mixed with deep-dug house and disco cuts (rediscovered, dusted of and given a new lease of life). Accordingly they are venerated as trusted and esteemed curators in electronic music today.

Cutting their production teeth with releases on Throne Of Blood, Traveller Records, Mystery Meat and Love Fever, Will Saul then snapped up the duo for a string of releases on his Aus Music imprint, including the now certifed classic “Just EP” bearing the dazzling and ubiquitous title track that became the undisputed club track of 2015 and earned Bicep both Mixmag and DJ Mag’s ‘Track of the Year’. The duo have also collaborated with another trailblazing UK duo Simian Mobile Disco and remixed for the likes of Disclosure, Blood Orange and 808 State.

The formidable DJs (#8 in Resident Advisor’s 2016 poll) have toured the world over, curating and selling out a long list of Feel My Bicep parties including Manchester Warehouse Project, a 12-week residency at XOYO and their annual Italo Disco parties.

In 2016 Andy and Matt built and tested a roof-raising live show - a powerful counterpoint to their much loved DJ sets that not only highlights the breadth and depth of the Bicep discography, brings to the fore both their skilful production and formidable engineering chops, but again reinforces their genius curatorial fair. Earlier this year they took Coachella and Primavera festivals by storm and sold out their recent London show at Village Underground in 3 minutes fat. Following the album’s release, they’ll embark on an extensive live headline world tour including a stop at Electric Brixton in London.

The album “Bicep” is the perfect summation of the duo’s career to date - it’s a sonic tour of their history touching the cornerstones of underground club culture. Matt and Andy have pulled of the rarest of feats, to make a singularly unique electronic record founded on the blueprint of classic house, techno, electro and Italo disco, but fipped and morphed into a fresh design bearing the unique Bicep sonic signature. It’s a perfectly succinct album: loose, raw and energetic enough for the dancefoor, yet refned, artfully composed and contemplative enough for home listening.

Their spirited, daring approach brings them into the Ninja Tune fold. “For us it’s important to be part of a label that looks broadly at music,” Matt says. “We felt no restrictions at Ninja to be pigeonholed,” continues Andy. Displaying a theme of technical experimentalism and a deft melodic touch which runs throughout the entire record, it’s this openness and no-rules approach to music making which has allowed Bicep to establish a unique position all their own on an increasingly crowded global dance stage